Bias tape has many uses in sewing, and knowing how to make it is a valuable skill. It is not difficult, and creating your own bias tape allows you greater creative freedom in matching or contrasting fabric.

Making your own bias tape can also be a money saver. It’s one way to use extra bits of fabric creatively and efficiently.

All bias tape starts out the same way, as a long strip of bias-cut fabric. Then distinctive folding methods are used for the desired applications. The finished tape is used to finish raw edges, such as necklines, armholes, hems, and the exposed seams of bags.

Prepare the fabric by prewashing if necessary. Spraying lightweight fabric with spray starch will make lightweight or slick fabric easier to work with.

Iron the material to remove any creases or wrinkles. Lay it out flat with one selvage edge towards you.

The bias is a line running at a 45 degree angle from the selvage. Fold the fabric along the selvage by grasping the corner nearest you and pulling the fabric up and across until the end of the fabric lies parallel to the top selvage. The long side of the resulting triangle is the bias. Press this fold so that the crease can be easily seen when the fabric is opened flat.

After pressing the fold and reopening the fabric, you can cut along the diagonal crease and use the resulting triangle for part of your bias material. Measure 1⅞-inch in along the long diagonal edge and cut along the ruler edge with a rotary cutter.

Using the same diagonal line as a guide, continue cutting the remaining fabric until you have enough strips for your project. The strips on the triangle side will become shorter and shorter, so you will want to make more strips from the material opposite the triangle for fewer seams in your bias tape.

If you don’t have a rotary cutter, use a reliable straight edge to draw lines 1⅞-inch wide parallel to the long, diagonal edge of the triangle, moving in both directions. Cut along the lines with sharp scissors.

To create one long length of bias tape, you must sew the strips together. Bring the right sides of two strip ends together at a 90° angle. Since each end has a 45° angle, the points will extend as the strips are brought together to overlap completely. You will find the ends form a diagonal line across the end, with a square where the strips cross.

Pin the pieces in place. Sew across the square of the joined ends, parallel with the angled line of the end.

Open strips. They should be one perfectly-aligned strip. Press the seam open and trim the angled tabs away from the sides. When making wider bias tape, the seam may be relatively wide. Trim the seam allowances to a maximum of ½-inch.

With a tape maker: This is the step where you use your bias tape maker if you have purchased one. Cut one end of the fabric strip at an angle for ease of inserting it into the tape maker. Slowly pull the fabric through, ironing it flat as you pull it out of the tape maker. The tape maker folds each side in, creating a 1-inch, single fold tape. Be careful to keep your fingers away from the hot iron.

The single fold tape can be used as-is for facings or embellishments. Fold the tape almost in half for double fold tape, leaving a slim 1/16 inch difference between the edges. The wider side will be placed under (wrong side) the fabric so that you have less chance of missing the edge as you sew the tape down on the top (right side).

By hand: I have made bias tape by hand many times. Once you begin and have a little practice, it can be almost as quick as using a tape maker. There are two ways to go.

First way: Begin by folding and pressing the strip in half. Then open the strip and fold the sides toward the pressed line, leaving a ⅛-inch gap in the center.

Iron the sides down as you continue folding them in. Then fold and press the tape in half, slightly offset as mentioned above.

If you think you’re good enough at eyeballing it, you can skip pressing the strip in half the first time. But it does make a nice guide when folding by hand.

Second way: You can also create a homemade tape maker with heavy fabric and two long needles. Place the needles parallel, about an inch or so apart. Each needle should be inserted once, then inserted again an inch from the first exit hole.

Press the strip in half as above. Open it and begin folding the sides toward the middle, inserting the folded tape through the parallel needle spaces. Once started, you can start pulling the strip through the needles, which will continue to keep the folds going so long as you keep the strip inserted straight.

Use heavy fabric that can take ironing well. If the fabric seems to be getting overheated, let it cool before continuing. Again, keep your fingers away from the hot iron or other overheated surfaces.

You could cut a continuous strip instead of the shorter strips we’ve used here. Continuous tape is not without seams, but it’s called continuous because the seams are sewn before the strip is cut in one continuous line.

The process is easier to understand if you look up a video tutorial rather than trying to explain it in writing. McCall’s Quilting has a wonderful, comprehensive video if you’re interested in that procedure.

Bias tape can be made in any width you desire. For single fold tape, cut stips twice the size you want. For double width, cut the strip 4X the width you need. Subtracting ⅛-inch will give you some leeway to fold double tape without the ends bunching up in the center.

If you’re using a pattern, the notions section will tell you what width bias tape is recommended for the project. But don’t let that stop you from being creative if you have a different look in your imagination.

For thirds tape, cut strips 3X the desired width minus ¼-inch for folding room. Thirds tape is an uncommon bias tape but is useful for a stiffer facing.

Store-bought blanket binding is often made from a sateen material with a fused backing to prevent fraying or adding too much bulk. This is an important consideration since blankets are often already thick and multi-layered.

If you decide to make your own blanket binding, try a double fold, but add only enough width to fold under ½-inch on each side. Or you can back the strip with fusible interfacing to prevent fraying. Two inches is the most common blanket binding width, but narrower binding might be preferred for quilts or smaller blankets. 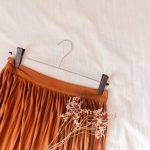 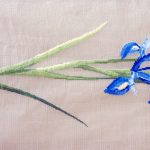