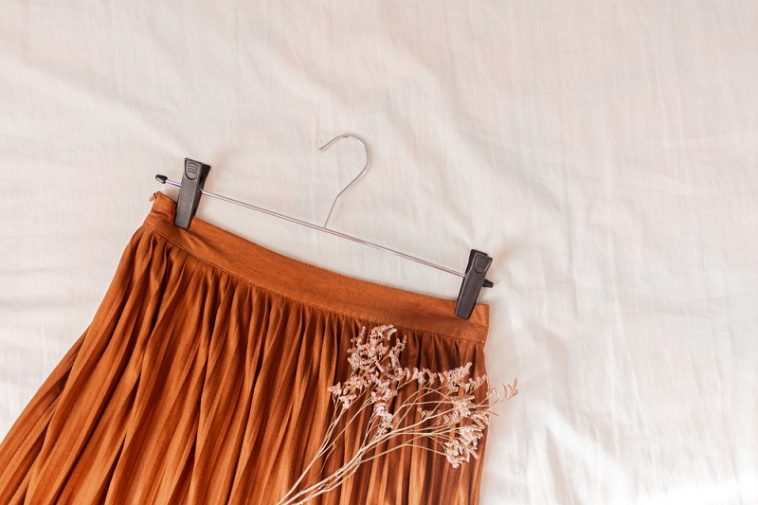 Darts, Pleats and Gathers: What Are They And How To Make Them

These three sewing procedures are used to take from or add to the fulness of fabric. So learning the basics and types of each will greatly enhance a sewer’s ability to design and execute home decor or fashion projects with ease.

Darts are not as common as they once were, as fashions have become more relaxed in many areas of the fashion world. But they are still important for many garments, so beginning sewers definitely need to learn about them.

Darts are used to fit garments to the body’s contours in a complimentary way. They can help define a style or enhance a design. Darts are used most frequently in women’s fashions but are not uncommonly found in men’s trousers,  jackets, or suit coats. Even some sportswear incorporates darts into form-fitting designs.

The two components in a dart are the “legs,” which refers to the seam and fold edge at the wide end. The two legs are sides of a triangle that meet at the second component, the apex, or point of the dart.

There are a number of types of darts, each with its own function of adding shape and contour. There are also ways to leave out the dart for a different overall presentation and fit.

The standard, or plain, is what most sewers think of when they hear the word “dart.” Standard darts start with pinching a specified amount of material at the edge of the fabric that tapers to a point (apex). Standard darts add shape for a neat, crisp look.

French darts are longer and narrower than standard darts. They are most often used, but not limited to, vintage fashions. They’re often used to define the waist and bust with one long, diagonal side dart.

Curved darts are created by using a gently curved rather than a straight line for the seam leg of the dart. The curve adds even more contour to follow a more pronounced curve.

Also known as a closed or fish-eyed dart, the double-ended dart has an apex at each end. Think of it as two standard darts placed end to end, tapering away from each other. This dart style adds an inward taper to certain areas of form-fitted garments–such as the waist area of women’s dresses, tops, or jackets.

A dart tuck begins like a standard dart but ends before reaching the apex, leaving an open point. Dart tucks add contour to a garment while maintaining a loose, billowing effect.

Dart tucks enhance the effect of loose-hanging blouses or pants. They can also be used

for loose-fitting sleeves. The tapered seam of the dart tuck differentiates it from a pleat.

Bulk is reduced in heavy fabric by using a serger to create a dart. Serged darts are also useful when using knit fabric, allowing more movement.

Darts to ease is actually the negation of a dart in favor of a slight gather. When a pattern calls for standard darts, using darts to ease can give the garment a softer, looser, less structured look.

This method works best where short, narrow darts are called for. Instead of a dart,

match by creating a slight gather along that edge.

Pleats and gathers are two ways of attaching a longer-width material to a narrower one. Pleats can define lines and style or create a form-fitting A-line skirt. The four steps to creating a pleat are: measure, fold, press, and sew.

Explaining in words can seem confusing. There are plenty of tutorial videos available for those who’d like to see a demonstration. Properly transferring pattern markings will ensure consistent execution and a pleasing result, even for beginners.

Pleats consist of a series of folds secured with top or edge stitching. Pleats are usually found in multiples. A single pleat would be considered more of a tuck than a pleat. Pleats are often top stitched for several inches from the top to add stability and definition to the look.

One of three types of pleats is used to create a desired effect–the knife pleat, the inverted pleat, and the box pleats.

Knife pleats are not limited to skirts. Many home decor projects benefit from this classic style of folding fabric. Pleats create a more formal edging than a gather around pillows, or a contrasting, narrow band of pleats adds flair to the edge aprons or table covers.

Regular box pleats leave a raised fabric flap on the right side of the material. Two inverted pleats are folded towards each other on the wrong side, forming a panel with two hidden side folds on the outside.

An inverted box pleat is created when two pleats are folded toward each other on top and away from each other underneath. On the front, the pleats meet at a center point. A flap of fabric is created beneath for ease of movement. So a skirt that appears straight can actually be effortless to walk in with an inverted pleat or pleats around the bottom edge.

Use Inverted box pleats at the corners of furniture covers for easier removal. I’ve also used them instead of a gather at the shoulder of sleeves for a sleeker look.

Pintucks are close, narrow, sewn folds that offer a decorative effect. Pintucks are popular for blouses, skirts, lady’s tunics, and children’s clothing. Although some debate whether pintucks fit in the category of pleats, they serve the same purpose of adding fullness beneath along with adding contouring definition in the tucks themselves.

Here again, we push the definition of pleats. Accordion “pleats” are formed by sewing ⅛-inch folds, or pinches, of fabric–alternating from pinching the right side, then the wrong side, at regular intervals. The result is a fan-shaped, in and out effect.

Accordion pleats generate a layered look for sleeves, or try using them for sculping craft ideas. Inserting contrasting accordion-pleated pieces along the bottom of a skirt is a creative way to add fullness and flair.

A kick pleat is a reverse box pleat added to the back bottom, center seam of a straight skirt to add easement for walking. The pleat is just a few inches long and is inserted instead of a slit, usually with an extra piece of fabric. Kick pleats are used more frequently in formal or business attire.

Gathers are the simplest of the three sewing skills we’re covering. At least, making them is simple. But the results can be tricky without careful application.

Gathers are ubiquitous in the sewing world. They form decorative ruffles for garments, accessories, and home decor with little fuss and bother. Gathers are produced by carefully following just a few simple steps. Here’s how to do it:

Set your sewing machine at the longest possible stitch length. You could also use a running stitch for handmade gathers. Sew three lines of stitches across the area you want to gather, fairly close to the edge.

The lines should be close together, depending on the weight of the fabric: from ⅛-¼-inch apart at the most. Do not backstitch at the ends of the stitching, and leave several inches of thread hanging on both sides.

Working alternately from each end, pull just the bobbin or front stitches to cause the fabric to bunch up. Hold the thread in one hand while pushing the fabric along it, like pushing back a curtain on a curtain rod.

If the gathered cloth is a long piece, you’ll need to bunch a small amount at a time at the edge, then push the gathers along toward the middle. Stop bunching when the fabric has reached the desired length. Tie all the threads at each end together to prevent any gathering from being lost.

This is where gathers can go awry. Carefully arrange the gathers evenly across the entire designated area so that there is no flatness or extra bunching areas. Pin as seems necessary to stabilize the gathers until sewn.

Set your stitch length back to normal. Sew slowly and carefully along the gathered area to anchor the ruffles if you desire. Some instructions advise this step, but it’s up to you. If you decide to add the stitching, you can potentially remove the initial lines of basting afterward.

Pin the gathers in place with the adjoining material and carefully stitch the pieces together with the gathered piece on top, watching that there is no bunching or sliding. Pinning well will prevent most movement, but being pulled through the machine causes friction, so you’ll need to watch carefully to prevent mishaps.

There will be less movement if there is material on both sides of the gathered piece. But if that’s not the case, try loosening the presser foot to ease surface tension on the ruffle.

After just a few ruffled projects, you’ll have the procedure mastered. Then you can begin designing your own ruffled creations for every area of the home. 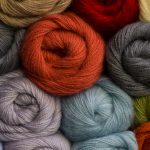 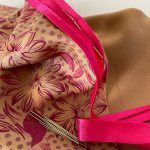